Day by Day, Progress is Slow

Making headway with the Snail Hallow Shawl.  The colorworks section is 9 repeats and I'm part way through the 4th repeat.  Bad lightening when I took this picture, which is also why it's slow going.  We've had rain, making the house darker, which makes working on this harder, even with my special neck light. 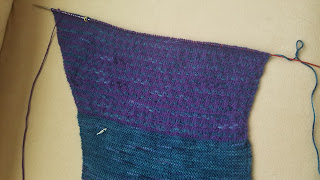 Close up of the color works section that continues to get wider as there are several increase rows within the 12 row repeat. 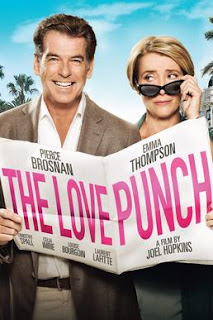 Another of the moves I watched on Amazon Prime while hubby was away on a business trip.  I've always liked Pierce Bronson and Emma Thompson and this movie is just plain fun.  They're divorced and get involved in a scheme to retrieve their hard earned retirement money.  The film was filmed on location in Versailles, Frances and came out in 2013.  I always thought he made a very good James Bond, so seeing him in a comedy was a bit different. 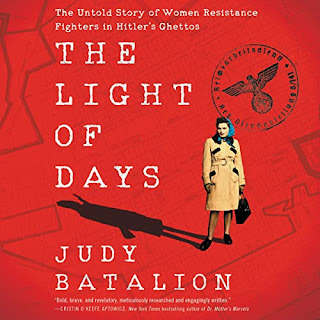 Yes here's another World War II book about incredible things women did that until lately no one knew about.  This is a true story that takes place in the Jewish Ghetto's of Poland.  A cadre of Jewish Women (some only in their teens), transform Jewish Youth Groups into resistance cells to fight The Nazis.  The book is a New York Times Best Seller, received The Natwional Jewish Book Award,, The NPR Best Book, and The Canadian Literary Book AWard.  All the awards were in 2021.

Still working on exercises.  Plan to double my efforts in July.  So, wish me luck.

No headway on either of the asymmetrical scarves, but hope to as time goes on.