Starts, Finishes, and Next Project

Finished!  As we speak this is in the washer and will soon be laid out block/dry.  Then it can be gifted. to my great niece.  I decided this was softer and more appropriate then the multi-colored blanket. 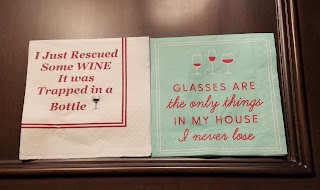 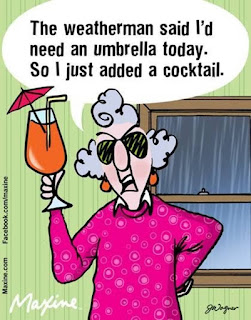 Not a cocktail napkin, but should be.  Got a kick out of this meme, and thought you might as well. 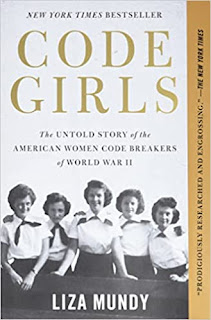 Code Girls, a New York Bestseller, award winning book tells the riveting secret story of over 10,000 women who were recruited from all over America and taught how to break codes.  They lived in difficult situations and worked long hard hours under much stress.  The vow of secrecy kept their life saving efforts out of the history books.  With much detailed research, their stories are now being told.  A movie was also made from this book.  Highly recommend this book.  Once again the accomplishments of women in The Second World War have been brushed aside and need to be told. 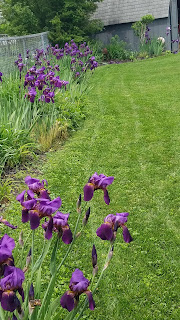 A photo from my back yard of the purple iris.  I have a large back yard and these beauties line all 3 fence rows. 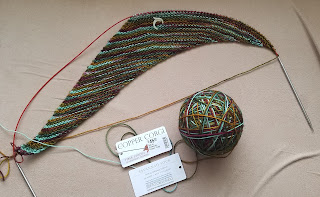 Am continuing to work on this, but having added about 10 rows, it doesn't look any larger. 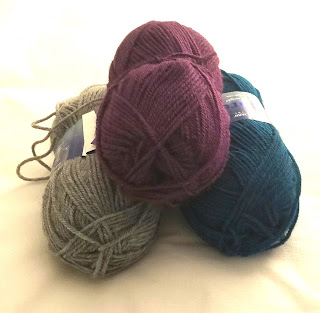 Will be casting this project on shortly.  Not the best picture, but I love the teal, gray, and purple mix.  This will be a tri-colored asymmetrical scarf.  I will cast on before finishing the above scarf, lol.
Exercise continues, will see how the monthly stats are for May.

Lots of growth on the blue corner to corner blanket.  In the last picture I had just barely started the decrease and the 3rd blue section.  Since then that blue section has been completed and another white section and now I'm back to another blue section, the 4th.  May Gift Link Up
I believe I decided this will make a better baby blanket then my previous corner to corner with so many colors. 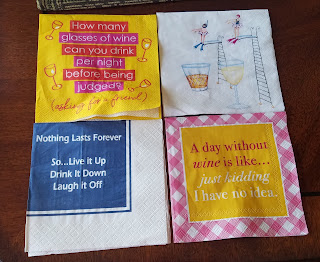 From time to time I've shared some of my fun cocktail napkins.  I'm always on the search for some I've not had before.  My favorite in this group of 4 is the lower left, "A day without wine is like...just kidding I have no idea.. 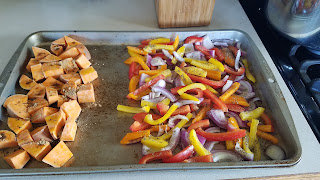 We tend to eat lighter in warmer months.  Less meat and potatoes and more veggies!  These veggies were yummy and surely healthy.  Mushrooms, onions, lots of different colored peppers salt, pepper, olive oil, and garlic.  The left side of the cookie sheet is cut up butternut squash, salt, pepper, olive oil and cinnamon.   I don't remember whether we had pork tenderloin or chicken with this the night I took the picture.  Bake on 400 for about 20 minutes stir and another 5 or 10 based on how soft the squash is and how caramelized you like your veggies.  Enjoy! 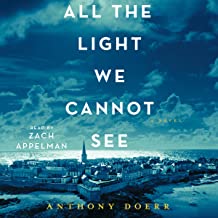 Pulitzer winning book, "All The Light We Cannot See", by Anothony Doerr.  I understand there are plans for this to be a mini series on Netflix; but I don't know when that's suppose to happen...or if it already has.  The book is another WWII book.  Initially in Paris you're introduced to Marie-Laure a fascinating blind girl who lives with her father.  He does a wonderful job helping her see.  They escape to the walled citadel, Saint-Malo in a tall house by the sea.  I don't want to give more away, please add this to your book list and see how a blind girl meets up with a Nazi Boy. 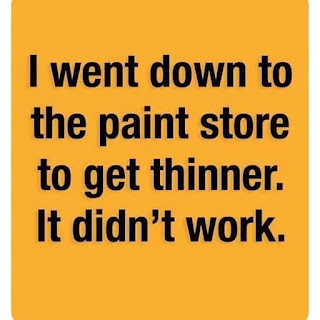 Am continuing with walking, yoga and planks, though in the last handful of days have opted for mowing and lots of yard work over planks.  So, we'll see how the month shapes out.  We're about half way through.  Thought you might get a kick out of the meme.
Posted by Sandy at 3:54 PM 49 comments:

Picked up the blue and white corner to corner blanket again.   You can see  HERE,  how much it's grown.  The blue section has been completed and the 2nd white section, and now onto another blue section.  The decrease has also been started, so am now over half way with this. 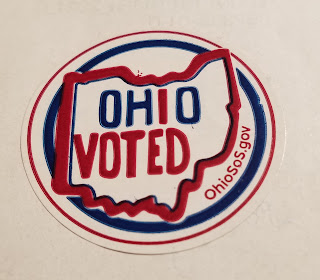 Oh Ohio!   What hot mess.  I know it's been discussed in some detail around the country.  Ridiculous amount of Republicans running for one spot, all but one trying hard to get the endorsement of "the orange one" , which tells you how pathetic the race was.  All we can hope for now is the author of Hillbilly Elegy doesn't win in the election.  Sad to me that he won the primary for that party, given how dysfunction he is.  Several of the debates almost came to fist fights between the Republicans.  Anyway, did my part yesterday and voted against them all. 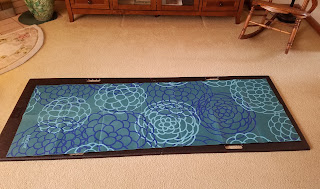 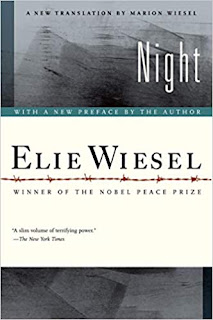 Elie Wiesel's "Night", is a memoir of his life in 1944 and 1945 in Auschwitz and Buchenwald.  Parts of heart breaking, parts are inspiring as so many of these stories from Nazi's horrific treatment of the Jews and others they didn't side with Hitler.  While many of these books from WWII aren't pleasant or fun or light reading; they are important.  We must NEVER forget what happened so that we may keep it from happening again.  History must be our teacher and our moral compass. 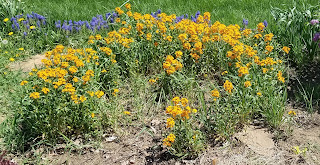 Can anyone identify these yellow flowers?  I spotted them on a recent walk through the neighborhood.  I know they're a perineal from a brief conversation with the homeowner who happened to be out in his yard.  He told me what they were, but I didn't remember by the time I got home, darn it!  He said I could come and get a start if I wanted.  I might take him up on his kind offer.  Now to remember which corner I was on.  I rarely walk the same route, and when walking get engrossed in listening to my book...so it may take me some work to locate this corner again.