This and That, Changes, And Knitted While Winter Returns 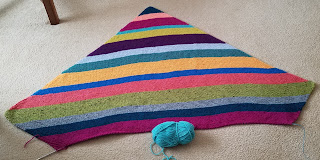 Since the last picture, the blanket has grown several more colors.  I had just started the light gray section in the last photo and now that's finished, followed by a teal section, then a rose section...next up is the pretty turquoise.  The side measures about 41 inches so is larger than a typical baby blanket which is typically around 36 inches.  Trying to decide if I want to put an edge on this blanket.  Often I make a small ruffle edge for baby blankets.  Feel free to weigh in with your opinions on that.  The weather has turned ugly again, so working on this a lot and hope to finish it fairly soon.

I've added a Good Reads Widget in the right side bar,  in an effort to keep track of my books.  Almost all are rated 5 stars, some 4 and a few less.  Since I just started the account and widget, I can't remember many of the books, so my ratings aren't probably the best.  I don't imagine everyone rates everything they read a 5?  These are books just since I started using Libby to do audio books.  Previously I used the other library app, that I no longer remember the name of and those books apparently did NOT transfer over when I loaded the Libby app, so no clue what I read/listen to then.  Further down is the actual shelf where you can see some of the books listed.  What I don't know is, are you able to click on it to see all the books, or is that only for me?  Need someone to try it out, and let me know.  Since I'm new to this, am trying to determine how it works.  Thanks!

PAGES...I've added an additional page (see the titles listed before the post).  The new page added is a means to keep track of my exercise.  My steps, walks, yoga, planks, and bike rides.  Sadly, due to the weather, I'm not getting the walks or bike rides, but trying hard to continue the planks and yoga.  Check out the new page.

I've deleted some bloggers on my blog list who don't seem to reciprocate blog visits or comments and added some newly found blogs.  The list is forever changing.

I've deleted a few widgets and moved others around in an effort to try and freshen the look of the blog.

I started this book, but sent it back to the library through the Libby app, as I had too many books and this wasn't at the top of my list.  But, I have it listed as a book I want to read on my new Good Reads Widget.  It takes place in WWII (I know you're shocked, lol), in the Artic Wilderness when a US Cargo plane crashes into The Greenland Ice Cap.  This is a true story of survival and I think it sounds good, so I hope to get it a 2nd time in order to listen to it. 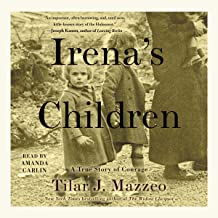 I had this book on my list for some time, so when it became available, I returned "Frozen in Time".  I had previously listen to, "The Warsaw Orphan", that was based on Irena's story, so wanted to read the actual book about her.  What a brave woman, she saved so many Jewish Children from being killed in the concentration camps.  In 2009 there was a TV film, "The Courage's Heart of Irena Sendler, based on a biography, Die Mutter der Holocaust-Kinder.  Irena's story is true.  She was a Catholic Social Worker who saved approximately 2,500 children., as part of The Polish Underground.  She was arrested, questioned, and tortured by The Gestapo.

**No additional pictures of Buckeye Scarf or the Blue and White corner to corner blanket, as I've not worked on them since the last pictures.

Back Home, Catching Up, Yarn, Audio Books, and Exercise

The blue afghan grows, inching closer to a 2nd white section.  I've worked on this a few more days.  It's very light weight and as it grows; I like it more and more.  Left the blue blanket at home so only worked on it the last few days before I left town.

The colorful corner to corner blanket has grown 4 more colors...from blue to orange, to green, and currently light gray.  It measures almost 40 inches a side, and in the green section I've started the decrease; so less than half the blanket left to finished.  I worked on this while we were out of town; but still a bit too large to work on it while on the plane. 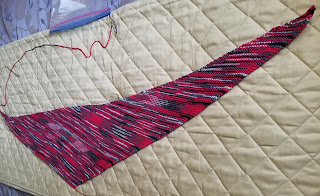 So this Buckeye Asymmetric Scarf was what I worked on while traveling to and from Hilton Head n the plane.  Smaller items are best for plane travel.  It's growing nicely and might be done fairly soon.  It now measurers 49 inches long and is 10 inches wide as it's widest point. 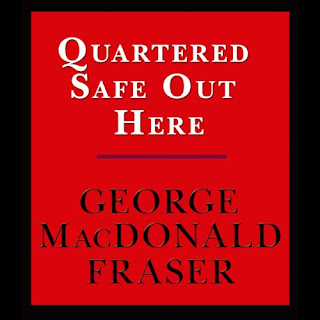 I started listening to this book, but ended up returning it early...2 fold.  I had several books on my shelf at the time and wasn't going to be able to get them all finished in time and this one called out to me the least...however, I may check it out a 2nd time.  This novel is a recollection of The War in Burma.  It's not a part of the war I know much about. 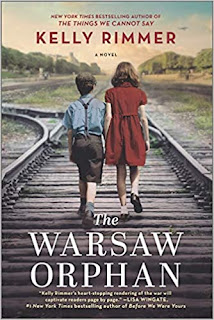 This was one of the other books I had on my shelf at the same time, and I really enjoyed Kelly Rimmer's other book, The Things We Can Not Say, so went with this one.  A story inspired by a real-life heroine who saved thousands of Jewish Children.  Elzbieta is drawn into what happens in the Jewish Ghetto's by her neighbor Sara.  Let me know if you've read this. 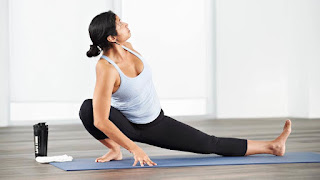 Exercising....mixed bag.  In January I planked 13 times, only 5 during Feb

I did Yoga 3 times in January and only once in Feb.

I went for a walk 5 times in January and did better in Feb 8 times.

Went for a bike ride 6 times in January and 5 times in February.

February is a shorter month, plus 2 days were travel days, but still...you can see a downfall from January.  January I walked 119.9 miles and 115.95 in February...so that difference isn't too bad.  Gotta see if I can finish a bit stronger in March. 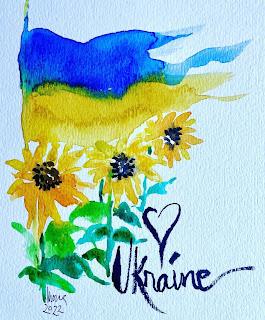 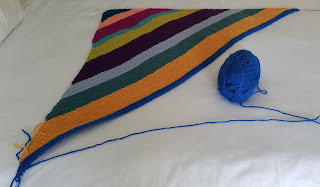 Making headway with the corner to corner blanket/afghan.  In fact made more headway after taking the photo.  Did a section of the blue you see and now have moved onto an orangey color.  When I measured it as you see it, the sides were about 32 inches.  May do about 45 inches per side and then begin the decrease.

Have made more headway also with the scarf, but didn't take another picture, it doesn't look that different. 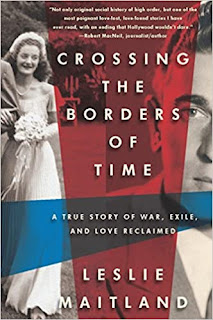 Crossing The Borders of Time by Leslie Maitland.  The author, an investigative journalist was interested in his mothers stories of escaping Nazi Germany.  This  book,  like many about WWII, tells of hardship, love and lost...as you would expect.  Interesting to me though was learning about camps set up in Cuba for escaping Jews.  Put this book on your list folks and see first hand how one overcomes betrayal, even within the family.

Back out of town where the weather is nicer, and so have been able to get some walking on the beach; though not the distances I really need to get rollin again with steps and miles.  Planks have sadly taken a back seat for the time being.  There's always next week.

I've uploaded this photo as my banner on Facebook, and this picture as my profile picture. 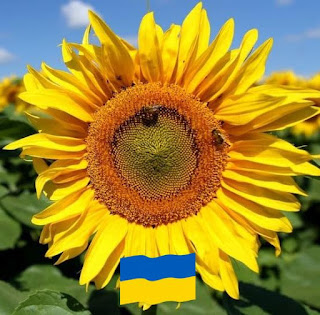 I don't want WWIII, but feel like Ukraine needs a helping hand in it's fight to save it's own country from the monster Putin.  Such troubling times.