Work in Progress, Month End Exercise Up and Down

Two asymmetrical scarves on the needles.  The smallest one is sock yarn and small needles so it goes much slower, and remains smaller despite it being started first.  The 2nd scarf is worsted weight yarn and larger needles and as you can see is much larger even though I've not worked as much on it.  The two have almost the same number of stitches on the needle, only about 15 more stitches on the larger one (the tri-color) scarf.  This is the same pattern, so it's fun to see how different they look.  Not the best background to see the colors, will photograph on a plain background next time. 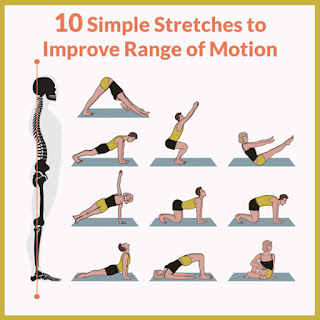 Well another month has come and gone.  I have some improvements and some backslides:

PLANKS, backslide, went from 9 x in April to only 6 x in May (was surprised to see that when I checked my calendar)  Boo me

I did do some circuit work outs, only twice which was new.  I'm doing lots of yard work, which is probably why my miles are lower.  When working in the yard, I'm not going for walks.  But, the yard work is hard work. 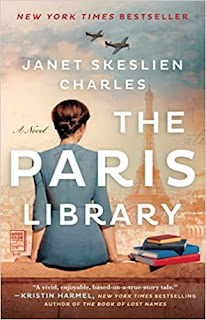 Loved this book by Janet Skeslien Charles.  This book is based on a true story about The American Library in Paris, and how it was a beacon of Hope during the dark days of The War.  What do Odile Souchet in Paris in 1939 and Lily in Montana in  1983 have in common?  Quite an interesting mystery.  Consequences of ones personal choices can alter whom you become.    Add this to your list of books to read folks.  You learn about World War II, and how even a library can join the resistance. 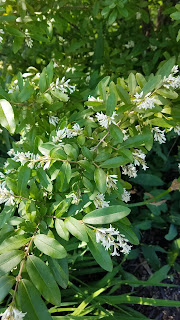 I have tried to identify this bush growing in my back yard.  Using Google search it seems to be Ligustrum obtusifolium (Border Privet), which originally comes from Japan, China, and or Korea.  It's also called Amur Privet, but....this bush smells heavenly, which doesn't match the description.  The description says it smells bad, and has berries.  This bush doesn't get berries and smells wonderful.  Additionally it says it's quite invasive.  This bush was here when we moved into the house close to 40 years ago and has NOT spread, therefore not invasive.  Several friends have indicated this is indeed a Border Privet, while others have said it's a Honeysuckle.  It doesn't look like pictures of a Honeysuckle.  Someone suggested it could be a White Potted Jasmine.  Well Jasmine smell nice, but all the info I found related to those plants aren't bushes.  Perhaps it's a Star Jasmine- Trachelospermum?  But, it seems they are often vines?  I'm at a loss.  Anyone out there know what this is.  I would love to plant another one.  Easy care and I love the aroma.  It fills the yard for several weeks; but is about done now.